Determining the price point to sell a product and service may seem very straightforward.  The reality is somewhat different. Companies use a variety of calculations, reports, equations, and analysis to choose a price for a product.

Years ago in an interview Warren Buffet explained how price changes as small as a penny has a drastic impact on revenues. He stated that Coca-Cola (which his company owns very many shares of) sell about 1.8 billion units per day. If they could get just one more penny per unit it would equal $18 million dollars a day. Over a year that comes out to $6,570,000,000!

He showed that even something as small as a penny can mean millions in profits when scaled to the number of coke cans sold every day.

At North Star Tax and Accounting we can help your business determine a good markup by utilizing our professional pricing analytics software and reporting. To determine a product or service markup the first thing we need to understand is what exactly is a markup.

The simple answer is that it is the price a company charges for a good or service above the price it costs the company to produce that product or service expressed in terms of a percentage.

Now that we understand what a markup percentage is, how can we use that in a real world scenario?  Let’s say your business wants to make 35% on each computer instead of 20%. We can plug in this variable backwards in the equation to see what our selling price needs to be.

This would show us our selling price would need to be $1,350 to have the correct markup.

Markup is just one part a company needs to understand of how to price a product or service. The other variable is determining what the selling price of a product minus the product cost is as a percentage of revenue instead of cost of production. This is calculation is termed gross margin.

By using these two examples it shows that to generate 25.9 percent revenue on these computers you would have to have a markup or 35 percent.

At North Star Tax and Accounting we help businesses determine using the markup and gross margins calculations, as well as a host of other factors to determine a pricing structure and strategy. We can run numbers a few different ways to help you increase your profits by charging the right price for your product or service. 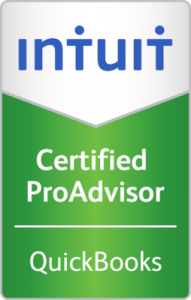 Sign up to receive email updates and to see the newest information and tax tips!

Sign up to receive email updates and to see the newest information and tax tips!